No registration is required to attend either session. All times listed are in Pacific Time.

This keynote will highlight the politics of place, Indigenous rights, and land-based practices in historical, ecological, and cultural context. As our traditional ecological knowledge(s) [TEK] and place-based lifeways become increasingly highlighted in the wake of various environmental catastrophes, discussion will share critical perspectives, collaborative possibilities and the ecological impacts of ongoing settler-colonial occupation, speaking from knowledges routed through the Central Coast, California, and łpasini (the one ocean).

In-person attendees who are not affiliated with UCSB should fill out the On-Demand Daily COVID-19 Screening Survey the day of the event. Masks are strongly recommended inside all campus buildings, and will be required inside Bren Hall 1414 during the presentations on Friday. 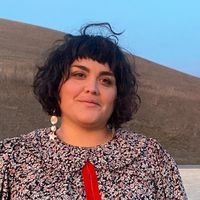 Sarah Biscarra Dilley (yak titʸu titʸu yak tiłhini [Northern Chumash]) is an artist and educator residing in the Maku‘u Ahupua‘a (Moku o Hawai‘i), nitspu tititʸu tsʔitɨnɨ ‘Ōlelo, in the unceded homeland of the ‘Ōlelo-speaking people. Their written, visual, and material practice is grounded in collaboration across experiences, communities, and place, connecting extractive industries, absent treaties, and enclosure to emphasize movement, embodied protocol, cultural continuity and possibility. While knowledge foundations are shaped by body, land and the worlds in and around us, they are currently a PhD Candidate in Native American Studies at University of California, Davis, nitspu tititʸu tsʔitɨnɨ patwin, in the unceded homeland of the Patwin-speaking people (unratified Treaty "J" region).

Jackie Fielder founded the San Francisco Public Bank Coalition and has worked on a wide variety of campaigns, including an inspiring run for the CA State Senate that she made in 2020, garnering 191,000 votes. Jackie ran on an Indigenous Wildfire Task Force, a Green New Deal for CA, a $100 billion Housing Emergency Fund, police accountability, single payer healthcare, and more. After her 2020 campaign, she launched a grassroots Political Action Committee called Daybreak PAC to support other corporate-free candidates running for seats in the California Legislature. Jackie continues to organize with the San Francisco Public Bank Coalition to establish the first municipal public bank in the U.S. and as a commissioner, works with community advocates to oversee San Francisco's transition to renewable and community-owned power. Jackie has had previous roles as a communications coordinator and lecturer at San Francisco State. Jackie is based on Ramaytush Ohlone Land and is a citizen of the Three Affiliated Tribes in North Dakota. 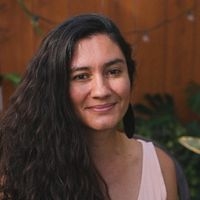 Carolina works together with residents in low-income communities of color to advocate for climate and land use policies that respect their priorities, improve health, and are consistent with environmental justice principles. For 8 years, she worked with National City residents implementing a comprehensive community plan that phased out polluting industries out of a residential neighborhood and created an affordable housing project. Currently, she is working on a community led effort to transform San Diego’s transit system in to one that feeds the region’s livelihoods, reduces air pollution, and threads communities together via the San Diego Transportation Equity Working Group and the 10 Transit Lifelines. Caro is a proud Colombian immigrant who enjoys working at the intersection of liberation, race, culture, gender, civic engagement, environmental issues, health and city planning in the struggle for environmental justice. Carolina has M.A.s in Urban Planning and Latin American Studies and spends her free time learning to play Son Jarocho and dance Puerto Rican Bomba. 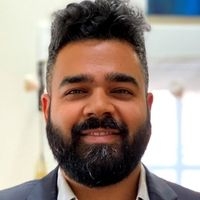 In his role with the Climate Justice team at Seattle’s Office of Sustainability & Environment, Ani Krishnan works on multiple priorities relating to Seattle’s Green New Deal, liaising with both internal and external partners to center racial equity in citywide climate work. Ani additionally manages climate data reporting for the City, exploring ways to ground emissions data within the context of Seattle’s unique communities. Ani joined OSE’s Buildings & Energy team in 2017, before which he was in the Boston area, working for a regional planning agency (Metropolitan Area Planning Council) on clean energy initiatives. Since graduating with a Masters in Community & Regional Planning from the University of Texas at Austin Ani has worked in the municipal energy and sustainability space, helping cities like Abu Dhabi (U.A.E.), Dallas (TX), Framingham (MA) and now Seattle make progress on climate goals through a just transition framework. 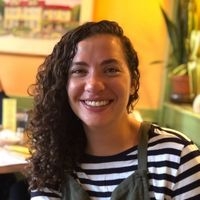 Sarah received a Bachelor of Architecture from Temple University and later received her master’s from the Bren School of Environmental Management, specializing in Economics and Policy of the Environment alongside the communications focus. Upon graduating, Sarah joined GRID Alternatives, a non-profit organization that envisions a rapid, equitable transition to a world powered by renewable energy that benefits everyone. Sarah serves as the HQ Outreach Director of Community Engagement & Partnerships, focusing on community and tenant care for community solar and multifamily affordable housing and supporting the development of GRIDs community-based partnerships. She currently leads tenant education and community-based-organization partnerships for the Solar on Multifamily Affordable Housing (SOMAH) Program, a ten-year clean energy program overseen by the California Public Utilities Commission (CPUC). As an Egyptian-American, Sarah has seen firsthand how nations and communities of color are frequently left out of the conversations that impact them the most. In her role, she strives to amplify the voices and stories of those most affected by climate change and injustice and contribute to energy justice for all. 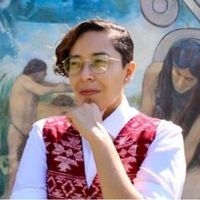 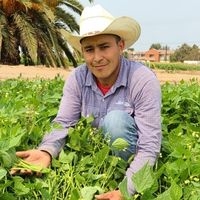 Hi, my name Guadalupe Rojas and I am a farmworker with The Abundant Table, a non-profit organization. Since I was a child, I’ve always worked with the land and it’s a place that has taught me every single day. It teaches me so much because it gives me the opportunity to learn from the earth and about the ways plants function. This is something that, in my opinion, is very personal and we should all learn this, from there one finds a deep connection with the meaning of life. I invite you to learn and connect with this element of the Earth. 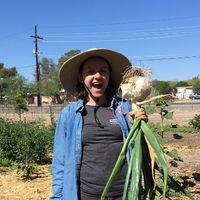 Elena Ortiz is a second-year master’s student at Bren, specializing in Economics and Politics of the Environment, with a Strategic Environmental Communication focus. She connected her love of the environment and food through urban gardening. Elena has worked at nonprofits to collaborate with community members to build healthy, resilient neighborhoods. This included coordinating Las Milpitas, a community garden in her hometown of Tucson, Arizona operated by a local food bank. At Las Milpitas, she provided education, guidance, and leadership development to gardeners on desert-adapted food production, food justice, and associated environmental impacts of the food system. Additionally, she co-led a racial equity initiative, which resulted in significant investments in staff equity training and internal policy change. After Bren, Elena is driven to make policy more community focused, and to shift decision-making power to people traditionally excluded from the environmental management process. When she is not in class you can find her gardening, hiking, cooking, or plotting to dismantle structural racism.