In 2021, scientific teams from around the world came together to release the Blue Food Assessment, a series of studies and publications that addresses the impact of aquatic foods in nine categories, including nutrition, environmental performance, environmental change, climate change, justice, demand, and small-scale fisheries and aquaculture. The Blue Food Assessment (BFA) was led by the Stockholm Resilience Centre, Stanford University, and non-profit organization EAT.

Blue foods, also known as aquatic foods, are foods captured or cultivated from the ocean, rivers, lakes, and tanks. They support hundreds of millions of livelihoods and are a critical source of nutrition for several billion people around the world. The research estimates that the global demand for these foods will roughly double by 2050, and will be met primarily through increased aquaculture production rather than by capture fisheries.

“For the first time we got to see what more aquatic food production would mean for human health globally,” said Bren School marine ecologist and assistant researcher Christopher Free, who, with fellow UCSB marine scientist Jacob Eurich, co-authored a study that examines the nutritional potential of blue foods. “What we project is that by making aquatic foods cheaper to the consumer, there’s likely going to be a shift away from land-based foods like chicken, beef and dairy. I think what made us really excited is knowing that aquatic food could be a useful solution to combating malnutrition, and really showing that comprehensively for the first time."

“Few, if any, countries are developing their blue food sector to provide ecological, economic, and health benefits to its full potential,” said Rosamond Naylor, Blue Food Assessment co-chair and founding director of the Center on Food Security and the Environment at Stanford University. “This assessment aims to provide the scientific foundation for decision-makers to evaluate trade-offs and implement solutions that will make blue foods an instrumental part of an improved food system from local to global scales.” 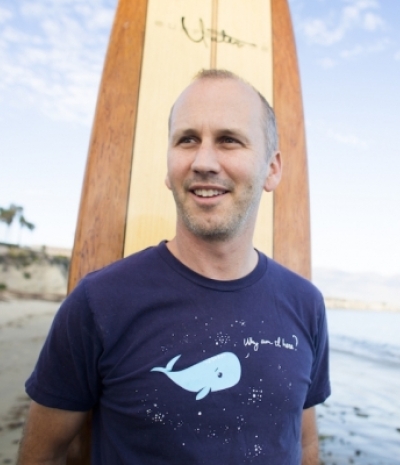 Climate change is creating all sorts of risks to humanity, including to our food. Blue foods are no different and in fact face some unique risks from things like acidifying and warming waters.
Ben Halpern
Director, NCEAS

Ben Halpern, a marine ecologist at the Bren School and the National Center for Ecological Analysis and Synthesis, and colleagues examined the environmental performance of blue foods, They developed standardized estimates for key stressors to enable comparison of foods across aquatic and terrestrial systems. Blue food systems facing the highest risk from climate change are also typically located in regions where people rely on them most, and where they are least equipped to respond and adapt to climate hazards.

“Climate change is creating all sorts of risks to humanity, including to our food,” Halpern said. “Blue foods are no different and in fact face some unique risks from things like acidifying and warming waters. But not all foods are equally vulnerable to these risks — in our work we show where, how and why different blue foods face different risks from climate change.”

In their research, Halpern and co-authors also noted that small-scale fishers and aquaculture produce more than half of the global fish catch and over two-thirds of aquatic foods. The nature and importance of these contributions to nutrition security, livelihoods and sustainability remain inadequately recognized by food, environment and fisheries policies.

“Small-scale fishers — the individuals and small boats that fish in places all around the world — are a huge part of the global seafood system and are incredibly diverse in who they are and how they fish,” said Halpern. “That diversity creates both opportunities and challenges for sustainably managing the oceans. We unpacked this diversity to help guide better management.”

“The BFA emphasizes the enormous diversity of blue foods, all of which carry important nutritional, cultural, economic and environmental value,” said Fabrice DeClerck, EAT science director. “To realize its potential, policymakers should put in place better governance, including participation of small producers, women and other marginalized groups, better stewardship of the natural resources on which blue foods rely; and investment in building resilience to climate change.”

Researchers are still determining next steps for the BFA. “Everyone is trying to figure out what is possible given our bandwidth and opportunities. The last three years were a lot of intense work for everybody, and I think people may be looking for a little break right now. But we’re excited about what the future holds for blue foods and what this group can do together," commented Halpern.

“I think the collection of work across the many different pieces of the project help elevate the role of blue foods in supporting people through their nutrition livelihoods and sustainable development of the oceans. So much attention is given to agriculture in livestock, and yet so much of what we can and need to do to support humanity comes from the oceans,” said Halpern “The opportunities are great and the knowledge we have already is substantial to do this well.”

Special thanks to Sonia Fernandez and The UCSB Current