Driving Sustainability in the Gulf of California: Fishery Management and Offshore Cultivation for Totoaba Macdonaldi 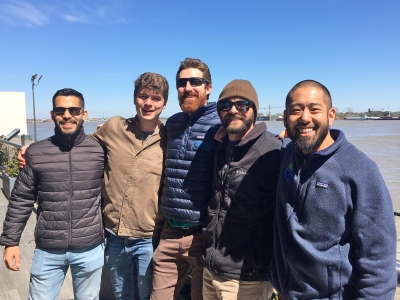 Totoaba (Totoaba macdonaldi) is a marine fish endemic to the Gulf of California, Mexico. As the largest member of the drum family they are known to grow up to two meters in length and have been recorded weighing over 100kg (220lbs).

Totoaba supported an important commercial meat fishery in the Gulf of California, Mexico until it was heavily overfished and ultimately listed as critically endangered in 1976 under several conservation regulations. Although the fishery has remained closed for decades, Totoaba is currently listed as Critically Endangered. In recent years, poaching has dramatically increased due to the rising value of totoaba swim bladders (buche) on the black market, specifically in East Asia. Additionally, illegal and unreported fishing of totoaba makes regulation of the illicit fishery difficult and often dangerous. In recent years the market for totoaba buche has grown significantly, partially attributed to the involvement of criminal organizations in Northern Mexico.

While the status of the totoaba stock remains uncertain in the face of growing illegal poaching, a new development has emerged – the successful farming of totoaba through aquaculture. This raises a range of questions around the future of this species. Is the species still threatened with extinction? If not, would resumption of legal export be both warranted and profitable? To explore these questions, we are pursuing an analysis of the market potential of totoaba as a commodity produced through aquaculture. A potential legal market for meat and buche could have significant implications for local communities and the economy of the region.

This project modeled market interactions for different scenarios of offshore cultivation to elucidate what effects these new markets would have on both consumers and suppliers of totoaba products, as well as the illegal market for poached buche.