Debris Free Seas: Assessing Economic Losses and Impacts to Fishers, the State, and the Environment from Lost Fishing Gear 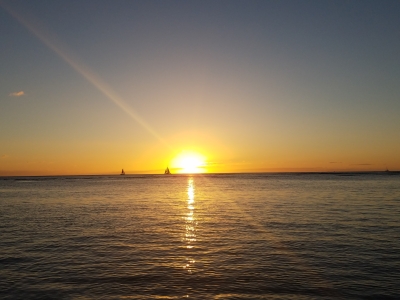 "The California coast hosts many commercial and recreational fisheries that have inadvertently caused the loss of over one hundred tons of fishing gear. Entanglements and ghost fishing are a growing concern due to risks associated with protected species’ population recovery and contribution to population declines. These protected species, along with many others affected by entanglement, are significant because they are protected under the Marine Mammal Protection Act (1972) and the Endangered Species Act (1973), including the humpback whale (Megaptera novaeangliae), blue whale (Balaenoptera musculus), and Pacific leatherback sea turtle (Dermochelys coriacea). Although Ocean Defenders Alliance (ODA), fishers, government agencies, and other nonprofits have conducted large-scale removal efforts to reduce the amount of derelict fishing gear, more fishing gear is being derelict or lost each year than can be removed.

A potential solution to this issue is alternative fishing gear (such as galvanized time devices and trawl line gear) that has increased viability in reducing bycatch. However, there are only a few prototypes in development, and none have been approved by the California Department of Fish and Wildlife for large-scale implementation as they are highly expensive, or ineffective in reducing entanglements. Another solution includes greater integration of dynamic zone closures but further research is needed to determine its effectiveness. The costs and benefits of these interventions are currently being explored, and while some are promising, they face large barriers to integration due to high expense, data collection needs, monitoring costs, and implementation difficulties. Therefore, more research is needed to better understand approaches to disassemble these barriers and prioritize intervention efforts. Additionally, in 2020 the California state legislature proposed regulations for the commercial Dungeness crab fishery that would include provisions for integrating an alternative gear type called ropeless fishing gear. This policy proposal demonstrates that we are on the precipice of discovering and regulating sustainable interventions that support the health of marine wildlife while also protecting fishing communities as demand for sustainable seafood increases.

Despite the barriers to gear and management interventions, there is a current need to increase the amount of lost fishing gear that is removed off the coast of California. One way this can be done is by developing an interactive map that displays historical lost fishing gear hot spots and areas of high fishing intensity so removal efforts and resources can be efficiently allocated towards those areas. Furthermore, by combining the model with data on the distributions of potentially impacted species, the intersections can be used to identify the highest biodiversity risk areas where gear is lost. This in turn can be used to inform policy decisions and identify areas of highest need for suitable interventions. The interactive map and research findings will help Ocean Defenders Alliance optimize their gear removal efforts by concentrating their time and resources on derelict gear hotspots and target fisheries. Educational outreach materials will also be crafted to help promote our findings, promote the adoption of a sustainable intervention, and inform non-governmental organizations, government agencies, fishers, and alternative gear researchers moving forward."