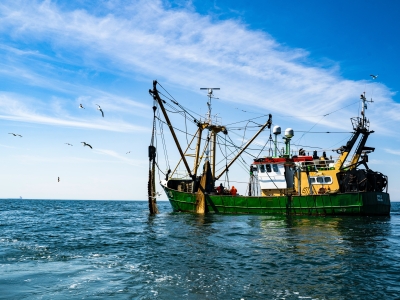 Fiji, an archipelago composed of over 300 islands, relies heavily on tuna for their economic well-being.  Fiji’s longline albacore tuna fishery accounts for almost two-thirds of their national tuna catch. Like many other albacore tuna longline fisheries in the South Pacific, Fiji’s current fishing operations face many challenges, including bycatch, lack of monitoring, and labor rights abuses. Climate change creates an added layer of complexity – with rising ocean temperatures and increasing acidification rates, fish stocks will migrate out of the exclusive economic zone (EEZ) to the high seas, making monitoring and regulation increasingly challenging.

This project will evaluate the economic viability of improvements to Fiji’s longline albacore tuna fishery and provide tangible recommendations on the role that public and private sector actors should play to realize those improvements. We will work to identify the key challenges within Fiji’s longline albacore tuna fishery and determine interventions to resolve these issues. Conducting a cost-benefit analysis of the interventions will allow us to determine intervention packages, ranked at three levels – “good”, “better”, and “best.” Active collaboration with stakeholders is a critical component of the project to decide 1) which problems are of greatest importance to resolve, and 2) at what magnitude improvements are needed to address each problem.

We aim for our research to support Fiji’s longline albacore tuna fishery through designing intervention packages – ranked “good,” “better,” and “best” – that can be implemented to reduce bycatch, increase social equity, and improve monitoring and regulation. It is our hope that our proposed intervention packages can provide a model for other neighboring countries in the South Pacific, such as Samoa, New Caledonia, and Cook Islands, and ultimately at a regional scale.